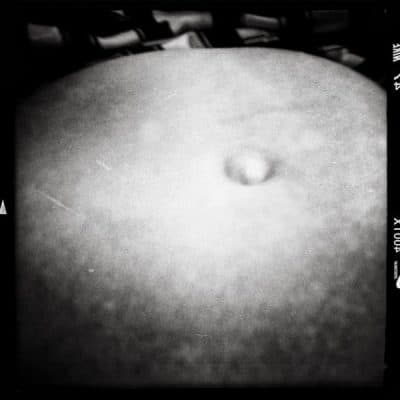 Many women have asked me about the pregnancy that follows a stillbirth.
I’ll begin by saying- each woman has her own pace. Each woman has her personal decision to make. It can be a complex decision, it is always a brave one, and the only partners for this decision are, in my opinion, the spouses.
I got pregnant four months after my stillbirth with Ayelet. It felt right to my husband and me. Before I got pregnant, I went to therapy again for three months with my favorite therapist, which means I got pregnant after the initial process of the loss I went through. I knew I had a firm ground to stand on and try again. Even if I go a few steps back, I won’t fall apart.

Still, it can be scary, and I was afraid and had my share of anxieties.
It’s not news to me, having anxieties. I dealt with different forms of them and fear throughout my life, and I learned to live with them. I think that in the past ten years or so, those anxieties retired.
But on the pregnancy after Ayelet, fear was present, and my anxieties came back from retirement for one more round. I can understand that, I mean, it has to be a bumpy ride, getting pregnant again after stillbirth. How can I not be afraid?
I realized quite quickly that to go through this pregnancy and keep my sanity, I will need to do things differently than I did when I was pregnant with Shahar and Ayelet.

My husband and I asked ourselves- what is important to us?
I knew I wanted an OBGYN who could stir this ship, this pregnancy. I started going to an OBGYN who came highly recommended by someone I trust but found this OBGYN was all wrong for me. I felt this doctor got carried away with every little thing someone threw into the air as an idea, which brought way too many tests into my life, and it felt wrong.

During my pregnancy with Shahar, I went to a great OBGYN called Dr. Ber, an excellent doctor with a lot of experience and a good sense of humor (which is always a plus in my book). After Shahar was born, I switched to a different health program and met another good OBGYN, Dr. Dekel.
After Ayelet’s stillbirth, I went to a very well known OBGYN in Israel who told me, based on an un-clear blood test result, that I should start injecting Clexane daily. That surprised me! I don’t have a clotting disorder, never had one, how did that thing enter into my life?
The OBGYN insisted, so we decided to go to a second opinion with Dr. Ber.
Dr. Ber looked at my file, looked at me, and started talking. As he began to speak, I began to relax.
The conclusion was clear; he is the OBGYN I needed for this pregnancy. As I was seeing him, I also continued seeing my other OBGYN, Dr. Dekel. I felt safe and covered between these four hands.
I felt I was doing something right, which gave me some peace of mind.
I should mention that I had another blood test, which showed I do not have a clotting disorder.

One of the most important things I did was using the “day by day” strategy.
Look, nine months is a LONG time! Forty weeks is A LOT of weeks. Can you imagine how much stress can bottle up inside me during this time?? It can be endless!
For me, the only way to make sure I don’t lose myself in anxieties and fear during this pregnancy was to break this time up into shorter periods of time.
I broke it down to days. I didn’t look ahead, I sometimes looked back (but mainly to pat myself on the back for a well-done job in taking it one day at a time). I only looked at was the present day.
I didn’t look at other weeks, didn’t look at the 37th week. I was not interested in tomorrow and the day after that. Sometimes I jumped ahead in time to set dates for tests, but other than that- nothing.
I know, I know, it’s difficult and not that simple. I agree. But it is doable, and when I was able to make it happen, I found it very calming.

To sum up, what did we have?

* The “day to day” strategy.
* Two OBGYN’s I trusted. Both suggested I should be connected to a monitor every other day as of the 36th week (yep, you read that right).
* A supporting husband who is my best friend and my partner in this experience.
* Therapy sessions for three months, which helped clear the soul before this new pregnancy.

And how was the pregnancy?

It was good. I had my moments of losing it, but I also learned to appreciate little things that made me happy and made me laugh, like strange movements that my girl Noga made when she was in my womb, like waves.
I don’t think it can be a stress-free pregnancy. But it can be a positive experience. I feel my pregnancy that followed the stillbirth was a good positive experience.

On a wider resolution

I want to say something in a broader resolution.
I could have prepared myself as much as I wanted.
I could have been with three OBGYN’s, have three more on call, be hooked to a monitor 24/7, have a live-in nurse…
And still.
I can’t control everything.
This is a profound and challenging understanding to handle. But once I understood that, something inside me was set free.

Pregnancy after stillbirth is like life after trauma. I can’t control things, and sometimes something bad happens.
I don’t know exactly what, but let’s face it, there are so many possibilities.  Of course, there’s also the possibility that everything will be just fine.
So I can go on preparing as much as I want. I still have to accept the fact that I simply can’t control everything.
It’s not something about me.
It’s just life.

So I can avoid being pregnant again, that’s one road to choose.
Another road to choose is getting pregnant and going through endless anxieties and fears.
A third option is to get pregnant, do the best that I can, and accepting the fact I can’t control everything.
I remember feeling I wasn’t enjoying my third pregnancy, that I’m drowning in fears, that I wasn’t able to be joyful of feeling a baby moving in my womb again. Granted, I was pregnant for the accumulated time of a year and a half, I felt like a huge elephant! How much fun can I have, feeling like that?!
But not giving this pregnancy it’s well-deserved place is simply not fair. It stands in its own right. It’s not just relative to the previous pregnancy, which ended so very badly.

So I can busy myself with endless projects, watch movies and binge on great series, get a ton of work done, read, practice pilates.
But those moments of fear will always strike. It usually happens when we’re tired and feel like we are not the greatest creature on this earth. That’s when our anxieties will get the best of us, and our soul will not know how to calm itself.

I can suggest that you let it be for a while, breathe, and understand that it is a part of our bundle.
We can count movements according to the week we’re in, and we can talk to our spouse and go through this together instead of alone.
We can open the TV and let a movie or a series to wash away every part of our freaking out mind.
Whatever helps us overcome these moments.

Yes, I can hear all those who are questioning just how well I remember being pregnant after stillbirth. After all, It’s been a while.
Don’t worry, I remember it well.

And I still think that understanding I can’t control everything even when my body is involved, along with being prepared for the things I can control, is the key to having a sane enough pregnancy.