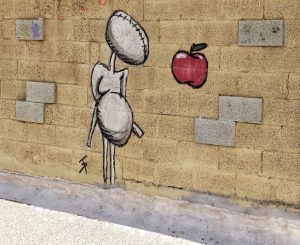 The trailer for Pieces Of A Woman was very promising.
Vanessa Kirby is an excellent actress, so is Ellen Burstyn. The topic is significant. Netflix is involved, Martin Scorsese was involved. I was looking forward to watching the movie and write my praises about the film and the cast and crew.

In reality, it seems the trailer is much better than the movie itself.
All the advantages I mentioned above were not enough to create a good or authentic movie, in my opinion.
I find the movie to be scattered, the acting is average and exaggerated, and the storyline is very unclear.

I also find the movie doesn’t offer a real peek into the world of pain that is the woman, her spouse, and the couple who went through such a difficult loss.
The movie spreads clues about the woman’s state of mind. Still, those clues are merely whispers (for example, the looks the actress gives to children on the bus. The apple issue is the only theme that got a bit more attention throughout the movie, which did not get the attention it deserved).
There were many empty scenes, one scene which seemed to be on the verge of sex without consent, which came out of nowhere. The movie also introduced us to an annoying interfering grandmother, which was correct with her feelings towards her daughter’s choice for a spouse (but no one admitted it).

The Movie In Short

The movie talks about a homebirth in which there are fetal distress signs. The baby was born alive, but a few minutes later, she turned blue and passed away.
A horrifying story, undisputably.
The baby’s grandmother, portrayed wonderfully by Ellen Burstyn, decides to sue the midwife involved. The father, portrayed poorly by Shia LaBeouf, doesn’t get along with the grandmother but co-operates with her on the lawsuit, behind Martha’s, his spouse, back.
The father meets Martha’s cousin, the lawyer handling the lawsuit, and pretty soon, they have an affair, also behind Martha’s back.

The connection between the baby’s death and home birth was troubling to me. As if this horror can only happen during a home birth. We know this is not true.
Loss happens too many times in hospitals all over the world as well. Connecting home birth to death opens a window to yet another slanderous debate about homebirth- yes or no. I don’t think this is the point of this movie.

Pieces Of A Woman- An Un-Realised Potential

I wish the movie could have done a better service for women who went through this kind of loss.
I wish the creators could have found a way to show the spouses’ side more complexly, beyond going back to old addictions and a tendency to violence.

Imagine the service this movie could have done with a more unmistakable script, the kind that dives into the deep pain inside the parent’s souls, as they already held their baby alive, and a second later lost her forever.
If they could include the loss of control people feel after losing their babies.
Sadly, I think the movie settles for very few glimpses that truly portray what a couple goes through and feels like after losing their baby.

Imagine how this movie could have been if the acting would not be all about yelling and being silent.
Shia LaBeouf turns out to be a not so good casting choice, Vanessa Kirby is super-talented, yet she’s very restrained and does not show her abilities in this movie. They’re both either silent or shouting. When they do so, and in between, I am not convinced they went through such a terrible trauma.
I think this movie had all the odds of raising awareness for such a loss. It could have been a reference movie to all those who never encountered this kind of loss before, providing them with information about it and helping those around them going through this loss. I mean, the incredible platform Netflix and the name “Martin Scorcese” offer!

This film did not fulfill it’s potential.
These were very long, two hours and eight minutes. As a woman who went through stillbirth on the 37th week + three days, I expected to cry, identify, and remember similar situations that happened to me. I thought I’d at least feel empathy towards the characters.
I didn’t feel any of these feelings.
I did feel the movie to be superficial, unclear, not authentic, and like this movie missed the point big time.