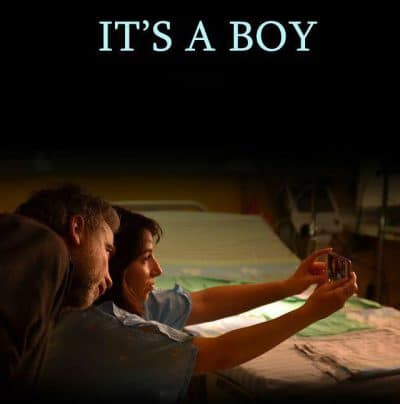 On one of my posts someone tagged Limor Barak, a screen writer, who then sent me a trailer to a short movie she was a part of, with a question: “what do you understand from this?”

The short movie “It’s A boy” is based on a true story about a pregnant woman, who is about to go through stillbirth. She shared her unfolding story on Twitter, including the stillbirth.
Limor followed and interviewed her (although the interview was never published). Limor was so fascinated with this story that she was one of the creators of this short movie, that offers a point of view on a couple dealing with this situation alongside their separate struggles and unique way of coping.

It offers thoughts on whether society recognises the loss of spouses in stillbirth, whether society acknowledges the loss and need of mourning after stillbirth (of a woman and her spouse), and raises questions about the man’s role around pregnancy and childbirth in general, not just stillbirth.

It also made me wonder on this social media era we live in, where talking to strangers we never met is many times easier than sharing with people who are so close to us, those who know us inside and out.
It made me think about how after stillbirth it is almost an automatic reaction to withdraw into ourselves, how that can sometimes be easier than asking for help and accepting it.

This social media era also allows us to break the silence surrounding issues like stillbirth, but it should be remembered that it can not be instead of seeking the help (outside the screen) we need to heal ourselves.

I hope to update you when the movie will be released.